In a world dominated by the strongest men in anime, these girls are there to make sure that’s not completely true. There are thousands and thousands of amazing anime shows out there, and almost every single one of them features a strong and badass girl as one of the main characters. So, when you think that only the men are supposed to be strong and badass, you need to think again!

In this article, we’ve listed down the most badass women in anime, and you can be sure that they can just be as dominant as their male counterparts. We’ve tried our best to include only the best of the best girls in this list, but there’s a high chance that we weren’t able to include everyone’s favorite anime babes as the choices are too many. But hopefully, you’ll enjoy our list and also love our selection of strong female warrior girls in anime!

Most Badass Women in Anime The medic ninja that can also crack bones with a single punch, Sakura is someone you won’t want to mess with. Her chakra control is so precise that once she releases it, it translates to earth shattering strength. She can heal any wound, crush any opponent with her bare hands and create chakra reservoirs in her forehead that she can release to heal herself instantly.

Bleach is one of the top action anime shows ever and had a lot of memorable characters of all time! One of them was Yoruichi Shihōin, the former captain of the 2nd Division of the Gotei 13 as well as the former commander of the Onmitsukidō. Known as the “Flash Goddess”, she is regarded as the fastest Hohō master in the Soul Society and is strong enough that she almost never uses a Zanpakutō or any other weapon. What’s more badass about this powerful reaper is that she trains Ichigo Kurosaki to unlock is Bankai and has also taught Shunpo (Flash Steps) to Byakuya Kuchiki, who’s one of the strongest captains of the Soul Society!

One of the hero spirits of the Holy Grail War, Saber is a master swordswoman and a Saber-class Servant who used to be known as “Knights of King”. She wields Caliburn and Excalibur and can hold her own against many other powerful heroes of mythology. Headstrong, unforgiving and can tank any damage because of her unbelievable healing factor, Saber will battle toe to toe until the end. Usually only limited by her master’s ability to boost her power, she is a fortress when in full power, with even the King of Heroes Gilgamesh having a hard time fighting this willful warrior.

Initially starting among the weakest claymores, the cold and calculating warrior has become among the strongest of her peers. Her awakened senses give her SSS+ rating across her stats. She has no weaknesses, being a jack of all trades and master of all trades. Clare can fight barehanded, using Quicksword or her signature Windcutter, there will be no escape from this ruthless knight.

As the president and top dog of Honnouji Academy, Kiryuin Satsuki is your worst nightmare. A Spartan warrior who wields Junketsu and armed with a vicious katana, her sister and fierce rival Ryuko Matoi has to take leaps and bounds before she can even fight on par with Kiryuin. Cool, calm and collected, she controls an army of super-powered students at her beck and call. Dubbed as the Titania, Erza is the most famous definition of badass. Her magic abilities are unique only to her, as her Requip Sword Magic can summon a complete armory of weapons, armors and equipment to suit her needs in battle. Her famous form, Heaven’s Wheel Armor allows her to fly and control a mass of swords while her immense durability and willpower allows her to stay in battle indefinitely. Coming from the last line of Asians inside the Wall, Mikasa has always been the independent and headstrong member of her trio with Eren and Armin. Feared for her viciousness and ferocity, she is the top graduate of her military class and can defeat Titans with ease. She has been dubbed a combat genius that is equal to 100 soldiers and only second to another badass, Captain Levi. Titans who don’t know fear don’t know that Mikasa can slice them to ribbons.

Revy is a hyper-competitive, battle hungry and psychotic soldier of the Black Lagoon squad. Merciless and sadistic, she can dodge bullets with ease while killing everyone in sight with her twin Beretta 92FS. Nicknamed Two Hands for her dual wielding skill, only a few can match her in combat and none can defeat her when she’s in her infamous Whitman fever. Bang!

Esdeath is a beautiful woman whose icy personality defeats armies. Using her signature ice powers, she freezes swathes of rebels and quells insurgencies with a blizzard so strong that she can defeat hundreds of skilled warriors by herself. The only undefeated character in Akame Ga Kill, she can slow or stop time if she is in dire straits. Esdeath is truly a bone-chilling badass!

1. Motoko Kusanagi – Ghost in the Shell

The cyborg captain of Public Security Section 9, Motoko is the perfect law enforcer. Her genius intellect is coupled by her ruthless precision in battle. She can hack anything due to being part cyborg and can be stealthy when needed. A highly accomplished leader, expert martial artist and a will power that can overcome anyone, Motoko is the most dangerous agent of Section 9. With a powerful body and unbelievable smarts, nobody can best this badass woman when she’s on a mission.

What Do You Think?

Do you think we missed out on an obvious badass anime girl that you think should be added to the list? If yes, then do let us know who, according to you, are the top badass women in anime in the comments section below!

My name's Arbaz Khan, and I am the guy behind SlushTimes.com! Since I spent most of my time watching anime and reading manga, I thought of creating a website where I can talk about things I like. So here we are! 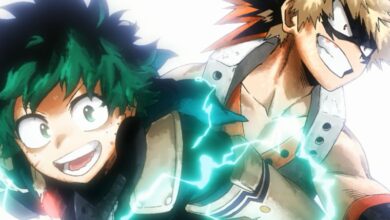 How Many Episodes of My Hero Academia Are There (2022 Edition) 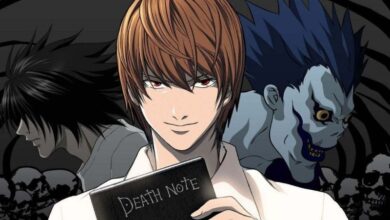 How Many Episodes of Death Note Are There (2022 Edition)

How Many Episodes of Jujutsu Kaisen Are There (2022 Edition)

How Many Episodes of One Punch Man Are There (2022 Edition)